On this joyous note, Night Film Reviews is going to issue its first ever “Best Of” list which will highlight the top ten films of the tenth month of the year. This list along with future posts will serve towards an upcoming Oscar series, that will allow for our Night readers to make informed decisions for films that were already premiered during the festival circuit, or making their ways to theaters during what is the most exciting time at the cineplexes. Over the next three months, studios will pump out their most promising, thought-provoking films to vie for Oscar glory. So, without further ado, here is Night Film Reviews Top 10 Film of the Year…Thus Far.

Although the festival season has come to a close, many of the most promising festival films featured in Cannes, Sundance, Berlin, Venice, Telluride and of course Toronto, have yet to get a theatrical release. I wish I could have seen the 280+ films featured at TIFF, but unfortunately, I couldn’t. So, the exceptional summer blockbuster films that wouldn’t normally make its way to “Best Of” lists, shine. Here, Baz Luhrmann‘s spectacle filled, over-romanticized take of America’s favourite novelist F. Scott Fitzgerald‘s novel finds a spot at the end. Gatsby had many obstacles; a previous film that aptly depicted a satisfying vision of Fitzgerald‘s classic novel, Robert Redford‘s depiction of the infamous character, and skepticism of Jay-Z‘s musical involvement. Without hesitation, Luhrmann‘s Gatsby overcame all these obstacles and delivered a special-effects laden masterpiece that not only pleased audiences, but certified Leonardo DiCaprio as a vilified Hollywood icon, as if he wasn’t already.

World War Z was a movie that was projected to fail well before its release. Slapped with a slew of production issues, a director whose take on the iconic James Bond was met with mixed emotions as well as a fairly obscure indie and only one certified movie star, Brad Pitt,   to carry the whole film; World War Z was a war in itself. The movie bit into the negativity like a piece of raw flesh, and delivered on its promise of a tense and chilling PG-13 rated zombie apocalypse film with Pitt’s charming lead saving the day, not to mention the world. The film became a domestic and international success! Moving forward with a sequel, Z proved to audiences and critics alike that a summer blockbuster can have some fun, some sense of the genre, and still take a bite out of the box office.

Art is all about interpretation. Not only is Warm Bodies a fresh and creative twist on the conventional love story, but it is also an interesting take on a popular and timeless love story (if you can catch on). Bodies is a first of its kind to be a hybrid, romantic/horror/comedy with charm and wit. The film itself is a refreshingly surprising gem of a film with heart, and a lingering heartbeat.

With the recent death of Tom Clancy, the conspiracy/spy film genre will truly be missed and has lost a great pioneer. Closed Circuit is a focused, patient and affecting political drama with believable consequences. Politics are corrupt, people are mistreated, its hard to be a little person standing up to the big guys, and Closed Circuit doesn’t give the audience any false hope. If you’ve ever been cheated by the legal system and the unpredictable judicial system, the film is an entertaining, frigid recounting of those sour memories. Full of double-crosses, top secret mysteries and legal jargon, Circuit is a stimulating and top-notch British political drama–you have to admit the Brits know how to deliver the goods, with some tea and crumpets to wash it all down.

What started off as my favorite film of 2013 was bound to make movement down my “Best Of” list, especially since it was released early this year back in January. What is supposed to be Steven Soderbergh’s final feature, it delivers on all the levels Soderbergh knows how to deliver: thrills, chills and holy f*ck moments. For many people unaware of the independent film master, side effects might include: an exhilarating urge to see more Soderbergh films, an inexplicable desire to see the French film Blue Is The Warmest Colour, and a trip to your local poster store for a Rooney Mara portrait.

There is no shortage of thrilling and gripping films coming out in 2013. With a runtime that goes well over two and half hours, Prisoners is one film that I felt flew by, with each moment and each surprise more gripping and intense than the previous. If it holds well with audiences and critics, as well as academy members, this may be a serious acting contender. Although many think Hugh Jackman‘s portrayal as a desperate father was overacted, I am rooting for Jackman and Jake Gyllenhaal for, at minimum, a deserving nomination. 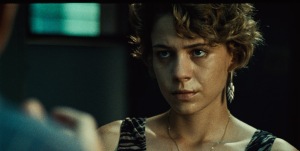 One of my all time favourite films Fernando Mierielles‘ City of God hails from the ghettos and streets of Rio De Janiaro. Since then, I have yet to connect to another Brazilian piece of cinema…until now. Fernando Coimbra‘s small, little, atmospheric film is a study of realism, masochism, and the art of a an ending – minus the happiness. Raw, relentless and harsh in its realities of the hypocrisies of gender treatments and relations, A Wolf At The Door is my pick for Best Foreign Language Film of the Year – one of the few films this year that haunt you well after the end credits. 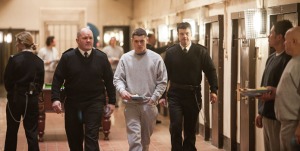 In 2009, Jacques Audiard created a relentless, unapologetic cinematic prison experience like no other. In 2013, David Mackenzie, hailing from another part of Europe, drives a familiar story of troubled youth within correctional facilities, but gives complete trust to his actors to drive the film, and pushes it to turbo. Starred Up is a film pushed to the limits by its lead Jack O’Connell, who makes a star-making turn as Eric. Reminiscent to Tom Hardy in 2008’s Bronson, O’Connell strips himself of all humanity and logic and gives a performance bursting with violent impulse and unexplained rage – its bloody brilliant. This is my pick for best ensemble cast of the year and by far, the best prison genre film to come out since Audiard‘s Un Prophete. 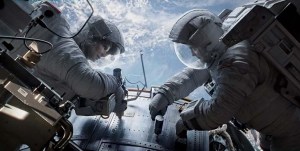 If Gravity was a short film, just recanting a space station accident, showing just its first glorious seventeen minute long take, it would still be on this list. This film is a filmmakers film; one that creates its own genre (science-reality), one that relies on visual and narrative to deliver the full potential of its brilliance and one that becomes an unforgettable experience of cinematic proportions. It is the first Sandra Bullock film since A Time To Kill that proved to me Bullock has acting chops and a film that shows her full potential acting range. Alfonso Cuaron launches his best English language film and best film since Y Tu Mama Tambien, and solidifies himself as a directing force to be reckoned with. Gravity is my realistic pick for the Best Picture Oscar thus far, and has my vote towards becoming the first ever sci-fi Best Picture! Taut, tense and superior to all films of the genre this year, Gravity defies the science of movies for the future and potential of cinema.

If you know me, you know that I am a sucker for dramas and a big fan of films with an emotional core and more importantly, a connection between the visuals on the screen, and the connection with the audience. There is no film this year that has resonated with me more than Fruitvale Station, and for that, it is at the top of my list. Powerful, quaint, subtle and emotionally charged, the film is an exercise of calculated acting and tight, lean directing. Michael B. Jordan, the film’s lead, doesn’t just deliver a star-making performance, he delivers a high class Denzel Washington performance that should have audiences and critics praising a brash and raw portrayal of an everyday man. Stricken with struggle, real-world issues and the inner conflict of being a better man, Jordan‘s Oscar is a tormented character of such passion, morality and fibre, he almost comes through the screen. Fruitvale Station is a complete tour-de-force; from Jordan‘s performance, to Ryan Coogler‘s direction and script, to simple narration, Fruitvale Station is necessary watch for filmmakers, historians and most importantly, you!

Stay Tuned for a year-end list of the “Official Best Films of 2013” in January for a complete list of the best cinema has to offer. Followed by an in-depth look and analysis of the best picks for your Oscar polls starting at the beginning of 2014. Until then, enjoy these films you may have missed!