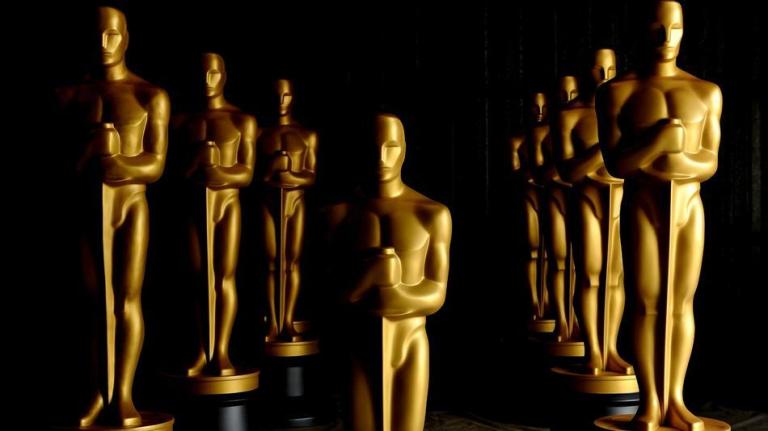 And now, the moment you have all been waiting for…the announcement is finally here for the 86th Annual Academy Awards. After such a visceral year for film in 2013, the Academy of Motion Pictures Arts and Sciences are announcing their long awaited and overdue nominations honouring the best in American motions pictures. As always with the Academy nominations, it is best to expect a few snubs, shocks and a ton of surprises. This year’s nomination were announced by the Norse God himself Chris Hemsworth as well as active Preseident of the AMPAS Cheryl Boone Isaacs. So, without further ado, here are the nominations for this year’s Oscar race. Check out more below!

Best Motion Picture of the Year

The Wolf of Wall Street

Best Performance by an Actor in a Leading Role

Best Performance by an Actress in a Leading Role

Best Performance by an Actor in a Supporting Role

Best Writing, Screenplay Based on Material Previously Produced or Published

The Hobbit: The Desolation of Smaug

The Hobbit: The Desolation of Samug

The Hobbit: The Desolation of Smaug

Best Achievement in Makeup and Hairstyling

Cutie and the Boxer

The Act of Killing

Karama Has No Walls

The Lady in Number 6

Room on the Broom

Aquel no era Yo

Just Before Losing Everything

Do I Have to Take Care of Everything?

So, there you have it! What do you think? Any clear snubs? Any huge shockers?  The Best Actor category was one with many big names being left out, namely one of my favourite performances of the year with Inside Llewyn Davis and it’s lead Oscar Isaacs, as well as Robert Redford in All is Lost, Michael B. Jordan in Fruitvale Station,  and Joaquin Phoenix in her.

Some of the biggest surprises of the nods all revolve around August: Osage County and the acting nominations for Julia Roberts and Meryl Streep, both receiving Oscar love. You can never count out powerhouse Harvey Winestein and his presence come Oscar time. As well, another big surprise was Jonah Hill‘s second Oscar nomination in the supporting category for The Wolf of Wall Street, cementing his power as an actor, and a serious one at that.

The Best Original Song category created some of its own controversy with a nomination for a film no one has seem to heard of, Alone Yet Not Alone, as well as Pharrell William’s first ever Oscar nomination in Despicable Me 2 and his song “Happy”. It seems that between the blurred lines and other work Pharrell was involved in in 2013, seemed to have got him “lucky” all year long.

If you thought that the Jackass series was one with some crude humour, poor taste and awful manners, well don’t be surprised if the series finds new life, especially after its first ever Oscar Nomination for its achievement of hair and makeup for star Johnny Knoxville. Who ever would have guessed? Was the work even that great?

The Nominations are lead by Gravity and American Hustle with 10 nominations each, followed by 12 Years a Slave with 9 nominations. First the second year in a row, David O. Russell’s film had a nomination in all four of the main acting categories for Bale, Cooper, Adams and Lawrence.

This year just like 2012, the race, although many thought to have been solidified, is still quit an open one. And with so many awards being handed out , from the SAGs, to the DGAs, to the WAGs, to the PGAs, to the Independent Spirit Awards, from now until the coveted March 2nd date, expect lots to change come Oscar night. But for now, lets soak up these nominations and see what the awards season brings forth in the next coming weeks. And stay tuned for our own Oscar Predictions chart coming closer to the big date. Happy predictions movie lovers!