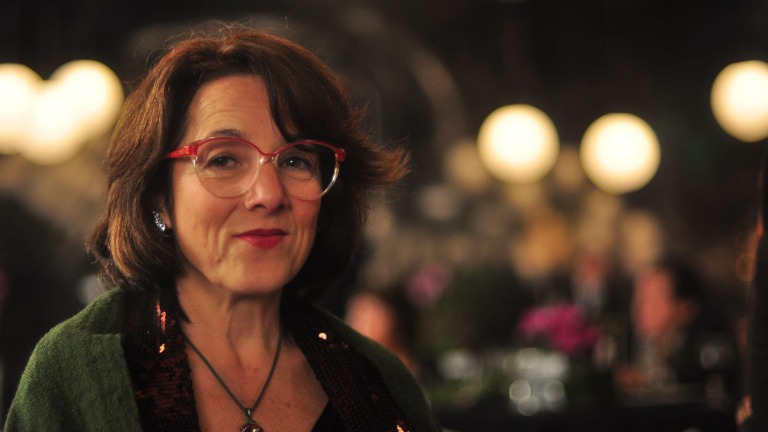 If there is one film that defines the notion that ‘no coming of age story can be depicted too late’, it’s Gloria. After getting divorced and watching her children’s lives take exciting new turns, whether it be raising a family of their own or exploring new career opportunities, Gloria could have easily fallen into a sad life, alone and miserable. Instead, wise, beautiful and full of life, Gloria decides to live her life to the fullest by working hard and playing even harder. Whether it’s dressing up to go out dancing, singing aloud to her car stereo, or doing yoga for the first time, Gloria gives new life and meaning to the ‘coming of age narrative’. As the audience follows a character whom, at a much later age, still endures the ‘coming of age’ trials that we mostly see in preteens or young adults, Gloria brings to light many of the trials that countless women face today. Sadly however, Gloria becomes a very specific, dreary, and essentially uneventful character study intended for a very specific demographic with very little to offer larger audiences.

As a film critic responsible for representing the voice of younger film enthusiasts and a new generation of film lovers, I have an appreciation and understanding of the opinions of others. With that said, I approach every film unbiased, informed and open-minded, as I would with any piece of art. Now, there are very few times where pieces of cinema actually become timeless pieces of art. I believe, that in order for a film to be timeless, it must reach leaps and bounds beyond it’s key demographic and speak to people, regardless of it’s time-frame or the age of it’s characters/subjects. In many cases, films speak to the audiences they are targeted to, hence why most films are surveyed by demographics based on age. Films like Blue is the Warmest Colour, Something’s Gotta Give and her, have very specific viewing audiences and are able to succeed (critically and financially) by marketing themselves appropriately among these demographics. Every so often, there comes a film that roots itself in certain time-frames using a specific age-centric voice/or place in history (fictional or non-fictional), and becomes a universal piece of cinematic language. Recently, films like The Social Network, The Past and Nebraska, not only become film pieces that are embedded within a specific time-frame understood by a few, but effortlessly speak volumes to many. Unfortunately, Gloria becomes a very specific tale of hope for divorced middle-aged men and women in search of love, sex, and meaning after the life they always thought they’d share with someone falls to pieces. 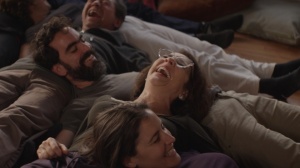 The most fantastic element with Gloria is her ability to avoid melancholia, however what’s discrediting to the film altogether is that it’s underlining feeling is melancholic. Gloria’s loneliness is her biggest downfall as a character. Her dependency on the company of others leads her into a relationship with Rodolfo (Sergio Hernández), a man who flaunts his wealth in order to attract Gloria yet basis his own happiness on her simple beauty and effortless sex appeal. With the loud ring of each of her phone calls and his quick answer, Rodolfo quickly becomes a foreshadowing of his inability to please Gloria’s endless appetites–both inside and outside the bedroom. It is through Gloria’s relationships with others, including Rodolfo and her daughter’s boyfriend Theo (Eyal Meyer), that both she and the audience is able to explore the colourful sides of her multifaceted personality and youthful demeanour.

Much like the main titled character herself, the film experiences a change of heart halfway through, and then again abandons those thoughts not long after. The film has much to say about a woman who’s unquenchable sex-drive and lust for passion are thwarted daily. Her quest for love and romanticized notions of affection are held next to the ideals of the songs she sings on the radio and within the small discos and dance halls where she meets men. After all is said and done, Gloria still seems to find her appetite unsatiated, not for a lack of meeting men, but instead as a result of the preconceived notions she has about the world of cougar dating. 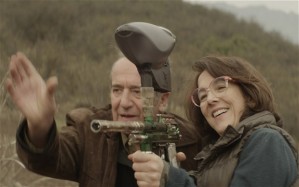 The role of Gloria is one with much depth. Although it may seem hard to imagine many other seasoned actresses jumping to take the part, I could name at least ten that would be excellent in showing the impending doom of a middle-aged woman who is slowing becoming a ticking menopausal time bomb. One of the most important factors of Garcia’s interpretation of the role was her ability to personify such a real yet totally attainable beauty. Gloria is neither super-model gorgeous nor is she another plain-Jane; Garcia’s interpretation of the character not only highlights so much of her natural beauty, but dulls those physicality’s once her personality and poor decision making comes back in horrifying fashion. It is a beauty that can only be understood once you see it for yourself on screen.

There are only so many clubs scenes filled with middle-aged men and elderly folk that one can watch in one sitting without wanting something more. There is no denying that Gloria caters to a very specific, yet very large group of men and women who feel hopeless and lost after a divorce or separation. This film looks to give people hope–a hope that involves them calling the shots and holding all the cards. However, after the final credits role, the fact still remains; life isn’t one big club scene with endless Latin music and meet-cute scenarios. After all the glamour and bright lights fade, Gloria becomes a slow and repeated example of films that use very little to achieve even less–if not nothing at all.

Night Film Reviews: 4 Out of 10 Stars

Is Gloria a great foreign language entry? Was it snubbed this year at the Academy Awards or was the Academy justified in not including it in the official foreign language selection? Slow and tiresome or refreshing and full of life? Leave your comments on the film below!