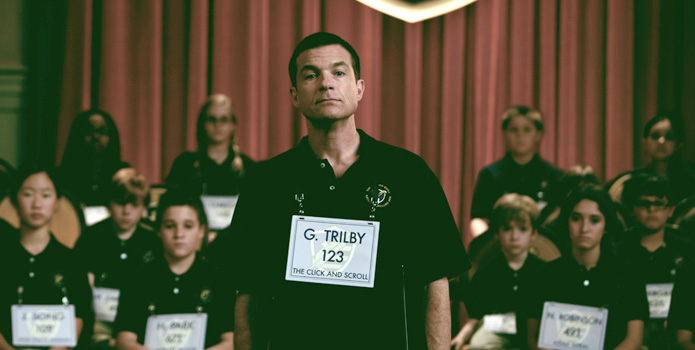 It’s very rare that I find myself lost in narrative, characters, and comedy, that I forget altogether that I am watching a movie intent on criticizing it. Jason Bateman’s (Horrible Bosses, Up In the Air) directorial debut Bad Words did just that. It allowed me to lose myself in laughter and the evermore outrageous moments, so much so that I almost forgot I had to review the film.

Bad Words is a short, sweet, and unexpectedly dark comedy with instances of pure vulgarity and vileness that is at the same time, heartwarming–yes, you read that right.

For one, Bad Words was the first ever straight-up comedy I have ever experienced at TIFF. Of course, so many movies have heavy comedic instances, but I can assure you, Bad Words will have you laughing so hard, that at times, you’ll find it hard to hear the next bit of dialogue (I’m warning you from experience).

The film opens with unexplained genius Guy Trilby (Jason Bateman) entering himself in a Regional Spelling Bee, with a brief flashback explaining how he has been able to register legally. From the moment the movie starts, Bateman has the audience in tears and on the floor laughing as he progresses to the National Spelling Bee, in hot pursuit of all the angry parents and students who he beat at the regionals.  Once Bateman makes it to the super bowl of spelling bees, The Golden Quill, along with his travelling documenting reporter Kathryn Hahn (We’re The Millers), hilarity and vulgarity ensue. 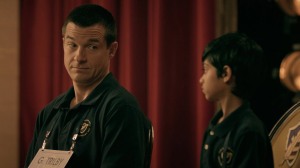 The mystery throughout the film centres on uncovering the reason for Trilby’s anger with the world, constant bitterness and his obsession with winning the bee. The blend of Bateman’s dark direction and stylistic choices, along with screenwriter Andrew Dodge‘s fiercely morbid dialogue allow for the experience to be natural and so unexpected.

I have no idea if either Bateman or Dodge were inspired at all by Bobcat Goldthwait (World’s Greatest Dad, God Bless America) and his darkly satirical body of work, but if I was told that this film is indeed another addition to that large list of his black comedy of work, I would not doubt it.

Bad Words is a film that constantly pushes the evelope. Each character Trilby interacts with, whether it be for an extended period of time, or just shortly, Bateman nails each and every scene with a natural sense of arrogance. Trilby’s scenes with “slumdog” (Rohan Chand), a lonely prostitute on the street, or a victimized man going into a bathroom stall, are some of the best in the film. Chand, who was seen earlier this year in the taught war drama Lone Survivor, shares some of the best scenes with Bateman and the two make for an unlikely, yet completely adoring dynamic duo. Watch out for this young and truly talented up-and-comer to make a name for himself in whatever genre he sees fit. 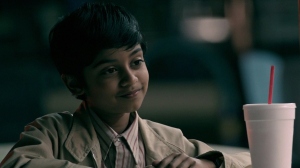 Bateman undoubtedly has a keen eye for comedy. Rude, crude, and sometimes completely uncalled for, Bad Words was a pleasant change of pace during TIFF and was surely one of the most memorable comedies of the year.

Expect Bad Words to knock your socks off, because the only thing bad about it, is how much you will find yourself laughing at the most inappropriate things, da*#it!

Should Jason Bateman stick to just staying in front of the camera, or is his directorial debut a massive success? Is Bad Words good ol’ fun at the theatres this weekend? Or just tasteless trash? Leave your comments, thoughts and curse words below!