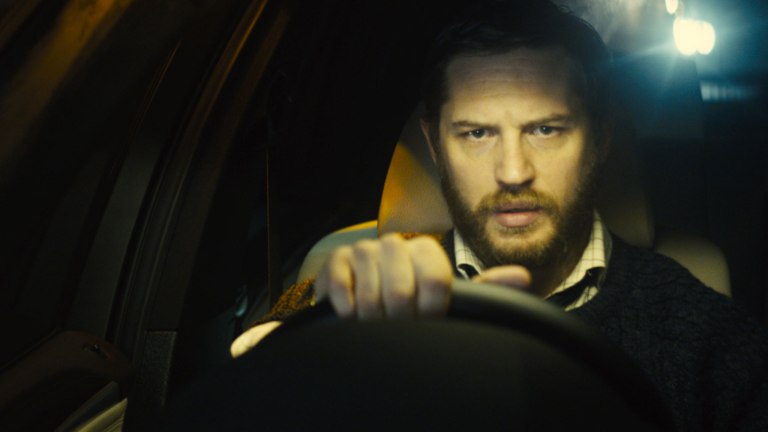 There comes a time, very rarely, where the term enlightened and delightful can be used in the context of a single film. Thankfully, Locke is that film. Being titled and awarding our main protagonist with the surname of one of the pioneers of the age of enlightenment, the father of classical liberalism and a philosopher who contributed endlessly to the notion of identity and that enigmatic term, ‘the self’, it seems only fitting to have one actor have the privilege to don John Locke’s prestigious name while manoeuvring the concrete highways of Birmingham, England, and that is one of our generation’s most promising talents, the one and only Tom Hardy.

Navigating through what seems like an endless night of change, decision making and reflection, Ivan Locke (Tom Hardy) finds himself in his sturdy four-by-four BMW Sports utility vehicle, driving to London, England on what may be one of the biggest days of his career. Ivan is a project manager, in charge of one of the biggest upcoming pours to happen in London, outside of military operations. Ivan, who seems to be dedicated to his job and fascinated with the importance of concrete, abandons his position as a worker and his responsibilities as a man, a husband, and a father, for a deep and dark secret that haunts him from his past and lingers very well to the forefront of his future.

Bumper-to-bumper with endless close-ups of Hardy and various voices that flood the speakers of his vehicle through his very busy telephone bluetooth, which dictates the narrative; including his wife, voiced by Ruth Wilson (The Lone Ranger), Eddie, his son (The Impossible), coworker Donal (Andrew Scott of Saving Private Ryan), no one seems to deliver quite an emotional collision quite like Hardy does. 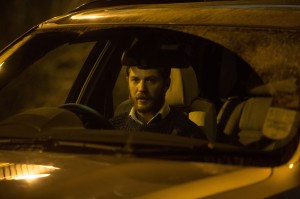 Hardy is an exceptional actor that is fully capable of dictating the pace and flow of any film, regardless of the setting. Taking cues from previous films like Buried starring Ryan Reynolds and 127 Hours, telling the incredible true story of relentless survivor and avid life believer Aron Ralston, brought to life by James Franco, Locke is singular character driver film capturing the motions and movements of Ivan Locke. With only the glares of the reds, yellows and greens of the city lights flooding the highway, the soft and harsh whitish hues off other cars headlights and the glow coming from his dashboard, Hardy holds a film together not with his body, flashbacks or premonitions, but his face, his dialogue, the occasional cracks in his voice and the powerful tears running down his cheeks. Tom Hardy may very well look rugged, may very well be tatted up and adopt a rough around the edges acting style, but his role in Locke secures his dedication to reviving the cinematic art form and the dedication of actors found only in the golden age of cinema. If nothing else, Hardy is cemented as a staple of the promise in talent that can be found in cinema today, and Locke is a testament to this promise.

At a gentle and almost unnoticed eighty-five minutes, the drive of the film is undoubtedly Hardy, but the heart lies in the tight script and direction of its fearless leader behind the lens and on the page, the uncompromising Steven Knight (Eastern Promises, Closed Circuit). Knight, who directs one of the most calm, reasonable and logically satisfying characters on film in recent memory, focuses less on spectacle and climax, and more on the reality of human beings and realistic, everyday domestic melodrama they face. Rarely are audiences’ engaged in a film where the inner thoughts of its character are amplified into louder words, without a single piece of overacted dialogue. Knight succeeds in allowing the unplanned comedy and tragedy of the everyman’s mundane life to entertain in Locke.

Aesthetically, there is no other ‘trapped in one space’ film better than this one. Ironically enough, Ivan is never in one spot long enough, and implicitly, as well as explicitly, this is what drives Locke into overdrive and well beyond the expectations of its audience. Locke is a multifaceted examination of facing your demons, prioritizing your life and running as far and as fast away from the harsh realities of your past as you can. Without ever taking any easy detour from the unexpected comedy and moments that will have you chuckling your way to a swift resolution for our protagonist, Locke will amaze you despite the obstacles and many bumps along Ivan’s ride.

If Locke were to have been released here for the first time this year, it would undeniable been at the top of my list of best films of the year. Unfortunately, the film was released at various festivals the year prior and opened wide in its native land England before making its way to cinemas here. Thankfully, the film is making a mad dash at a theatre near you. I would recommend you speed your way to seeing Locke. Strap yourself in, put on your hazards on at every twist and turn and make sure to lock yourself in for one of the most entertaining films you will see all year. Locke breathes new life into cinema, peeling the pavement and leaving a mark of utter cinematic intensity thanks to every nuanced look, sound and word from its star, the one and only Mr. Tom Hardy.

Locked with emotion and feeling restrained? Is Locke a film that makes great use of the sub-genre of film focusing on single characters in one space or pushing the sub-genre farther away? Is Tom Hardy a marvel or mess? Leave your comments, thoughts and words below.