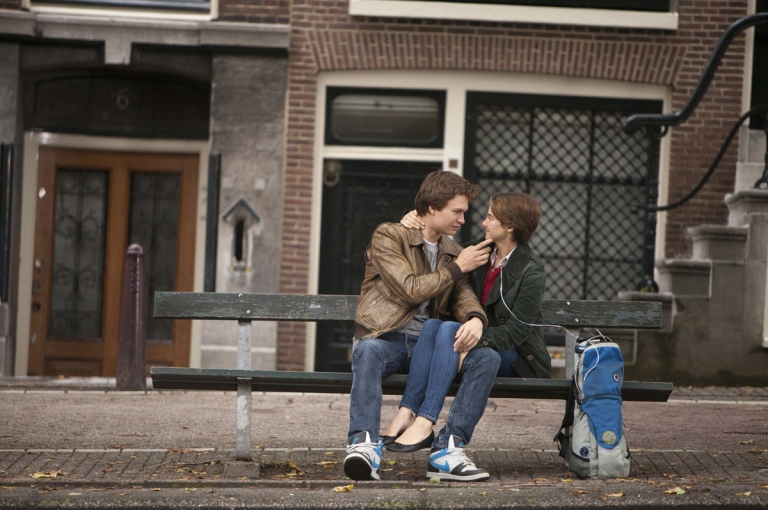 I have never been surrounded by so many teenage girls before until I sat down to watch this film. During an early screening of the alluring teenage film adaptation of John Green’s novel The Fault In Our Stars, I was surely the minority of the sexes. To be honest, I don’t think I knew exactly how outnumbered I was until the film’s tragic scenes unfolded, delivering a current of waterworks and overwhelmingly loud wails of screaming, crying and sniffling, predominantly from female audience members. This early screening of the film was jam-packed, and had me sitting only a row away from the massive screen. If Josh Boone’s film adaptation of The Fault In Our Stars taught me anything, it’s to never underestimate the power of teenage girls and their ability to pack theaters and show their support for films and books they love.

The Fault In Our Stars is guilty of possessing a number of faults, but its biggest sin lies in its persistence to aspire to be greater than it actually is. It succeeds when it exposes us to the tragic relationship between its protagonists and the loved ones around them, and fails when it aspires to find new territory of plot and redemption for characters that are already born with unlimited amounts of pathos.

Hazel Grace Lancaster (Shailene Woodley) is as much a teenage girl as any other living in the United States. Her love of reality television, reading and curiosity of the taboo is just as strong as other girls within America. The only difference: Hazel Grace has terminal cancer. The Fault In Our Stars should be a film about cancer and how it effects the people surrounded by it (think 50/50), but it becomes overwhelming with its fascination to overly glamorize the telling of a tainted love story, therefore becoming a love story about people with cancer (think A Walk To Remember). 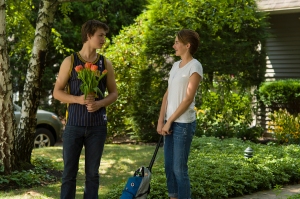 From the beginning, love, life and happiness are overshadowed by impending doom, and that is perhaps the problem with the film. No matter how much you fall in love with Hazel Grace or Augustus Waters (Ansel Elgort), their fates are sealed. Green’s novel may have been about telling a heart-breaking love story between young teens, but much like Hazel’s fascination with her favourite book and the open endedness of a certain literary character, Hazel’s happiness is less about coming to terms with death, and more about the continuation of the life of her loved ones. The interactions with the people who will survive and live well beyond Hazel’s existence are never given their due diligence on-screen, especially her mother (played delicately by Laura Dern), always being pushed aside by the love story that will ultimately end in unhappiness and tears.

There is sure to be a reason why Green’s novel has becomes such a pop culture sensation. The film is said to be a somewhat loyal adaptation, brimming with very clever metaphors of life and death through dialogue and foreshadowing. It does a masterful job of fetishizing the most average looking parks, backyards and parking lots, and makes great use of its supporting actors. Sadly, the two actors that have the most screen time are the two weakest components of the film. Woodley, who is slowly following in the footsteps of Emma Stone and Jennifer Lawrence, seems to play Hazel Grace less, and herself more. With the exception of her chopping off her hair and having an oxygen tank follow her around everywhere she goes, Woodley only taps the surface of her character Hazel Grace, barely gracing audiences with the brilliance radiating with the promise of such a philosophically pessimistic character. 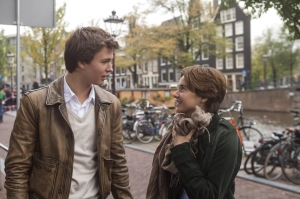 Elgort, who comes off as a character who is easy to fall in love with, shows much of his charm and promise as a young actor. Elgort as Waters shimmers with potential, delivering a performance of a person who may be a little too cherry and perfect, given sad circumstances.

Green had said to gain the inspiration of the novel by working as a student chaplain at a children’s hospital. Drawn to the exuberant life of its terminally ill patients, Green is quoted as saying he wanted to write a book about people who were constantly being dehumanized, while showcasing the abundance of humanity in people with a terminal illness. The film does an excellent job of making audiences believe that love is what keeps Hazel and Augustus alive. Love becomes the answer, but only for so long before the inevitability of death at the end of a terminal illness takes hold. There is a point where love exists, and people fade in the film, and although the relationships that held strong are bonded by love, hope of an improbably oblivion becomes the films main concern.

The Fault In Our Stars can be self-assured as being a quality film made for an audience that would be content with half-assed filmmaking. The production quality and storytelling is top-notch, even if its is constantly emotionally manipulating. The soundtrack is filled with hyper “emo” songs, the look and feel of the film is drenched with sadness and all hope is lost with each new, depressing plot twist and turn. Thankfully, its supporting cast of actors supports the majority of the film’s life. From Lotte Verbeek, a literary assistant who makes the best out of sad situations and breathes new life to new experiences for the couple, to a saddened and miserable author played wonderfully by Willem Dafoe, to the underused best friend to the couple Isaac (played brilliantly by Nat Wolff), the small, brief appearances by the people in Augustus and Hazel’s life are never given enough screen time to show shattering conclusions when sadness strikes. 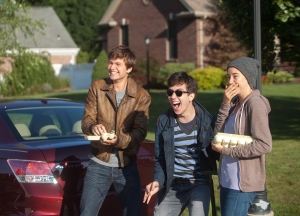 The Fault In Our Stars is by no means an awful film. On the contrary, the film is a snippet of hope for films centered on teenagers. At times, the film drags and could have been aided by better editing choices and a shorter run time, but it seems to keep the essence of the source text intact and remains faithful to its characters, who you can’t help falling in love with, despite the lack of emotional depth from its two stars.

Two of the most repetitive words used in the film are ‘always’ and ‘okay’, which pretty much sums up the majority of the film itself. The Fault In Our Stars is an always okay, never great film about the relationship between characters who are born to tragedy and lacking any real personal hope. The biggest fault of the film lies, as the title states, in its two stars, which unfortunately never elevates the film above the clouds and into greatness.

Is the Fault of Our Stars the next big thing for young teenage girls? Does it compare to some of the greatest love stories told? What were the biggest faults of the film, if any? Leave your thoughts, comments and wishes for the film below.