After the glitz and glam that is the Toronto International Film Festival, the city of Toronto has something very homegrown, intimate and special to look forward to this coming weekend.

The Toronto Youth Shorts Festival is one that celebrates the showcasing of short films made specifically by people living in the Greater Toronto Area within the ages of fourteen to twenty eight. This festival is one of great importance and cinematic relevance to aspiring Toronto filmmakers and does a fantastic job of cultivating the talent that resides right here in our luminous city.

The festival, which has been a great cultural, political and social counter-program to the bigger festivals consuming the city, is one that pride’s itself on quality, locality and most importantly, content.

Volunteer run and non-profit, the festival is one that truly reflects Toronto’s diversity, creativity and originality. This year, I am honoured be be asked to act as a guest on the critic panel. It is truly amazing to be a part of this year’s festival and being involved with what NOW Magazine calls “a festival with an intriguing mandate and sense of genuine discovery.”

Being able to contribute to the fantastic talent that is found filling the lenses of projectors, and consuming the blank white screens with new and invigorating content, is one of the many mandates here at Night Film Reviews. So when we were asked to become a voice for this wonderful and magnetic film festival founded by Henry Wong in 2009, our dedication to a medium we hold so dear to out hearts fit perfect with Toronto Youth Shorts overall goal.

This year, the festival has three programs consisting of a total of 36 films, each with unique program titles. From Program 1: Questions and Discovery, and Program 2: Personal Portraits, to the final program, Program 3: The Bonds That Bind Us. This year’s collection of wonderful films is sure to not disappoint.

Luckily for myself, I was able to screen six of these fantastic short films early and offer a little glimpse at what’s to come this weekend. With films ranging from all three programs; including an animated film, documentary, super-shorts and works of fiction, the six films below are just a tip of the iceberg of of this weekend’s talent. So without further ado, check out what the savvy Toronto Youth Shorts has in store for 2014. 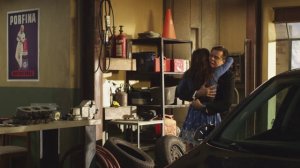 Director Tanya Hoshi creates a short that empathizes, loves, and tenderly cares in a mere three minutes. Set as a one-scene, tense familial drama inside a car garage shop, the short consists of only three characters. When newlywed couple Luke and Emma (played by Calwyn Shurgold and Michela Cannon) must give a concise breakdown on the future of their business to Emma’s father Arthur (Paul Nadeau), a corporate business man who is willing to invest in his daughter and son-in-law’s business, the couple must decide if they want to share an intimate secret to Emma’s father that could change his investment decision. The short is effective, to say the least, and compassionately triumphant. Trimming the fat and delivering to audiences the bear-bones nature of families and new couples, the film asks big questions of identity and striving for your dreams. Biggie’s Garage is heart-warming, tender yet a tough love look at deceit and reality. 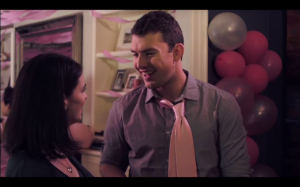 Taking cues from Can’t Hardly Wait, For A Good Time Call… and The To-Do List, Mekete surrounds the narrative on Blayne (Katie Corbridge), a young, attractive University student who recently broke-up with her boyfriend Andrew (Rohan Mead) and is dragged to a house part by her BFF Stephanie (Isabel Kanaan). Stuck being the DD to her obnoxious girlfriends Stephanie, Carol and Rebecca (Jennah Foster-Catlack and Liia Kajak), Blayne’s unprepared arrival to the party brings her face to face with the handsome Jared (Anthony Paul Babic) and her ex Andrew, leaving her with an unpredictable night of choices. Forever and Two Days was one of the funnier and nostalgic shorts of the bunch, bringing back personal memories of tacky house parties, cute encounters and big weekend decisions. Surely inspired by so many coming-of-age comedies, the film is a highly enjoyable, short departure of glee and teenage drama complete with a tasteful and hilarious blooper reel. 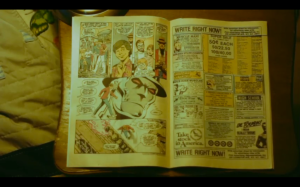 Running at a brisk minute and a half, as the second shortest film of the bunch, Glow is a metaphorical look at martial issues, domestic bliss and the interpretation of grown-up love from the perspective of a child. Although the film incorporates supernatural elements as well as some often horrifying images of ghosts holding people’s faces of laughter and smiles, the film is a peculiar little indie that has its own little personal Canadian Wes Anderson signature. Glow, much like the ghosts that uncannily haunt Tavis’ world, is film of saturated creative energy. The film is a spirited little film underlined with moments of love, happiness and positivity. 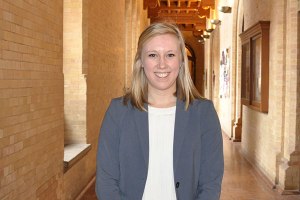 This informative and to-the-point little documentary short is the reason why we love doc short films. Offering a little slice-of-life of the wonderful and dedicated Jessie MacApline, this short doc introduces us to a person we never knew existed. A young student from Woodstock, Ontario, Jessie is working on a natural herbicide to treat malaria originating from something as fundamental as mustard oil. While in high school and working for a club known as People Reaching Out, Jessie wondered why people sent mosquito nets overseas instead of actual drugs or vaccines with the potential to eliminate diseases like malaria. Thought-provoking, curious and giving hope that this world could improve rather than decay, this powerful short is truly inspiring. Making great use of interviews with Jessie’s previous teachers and her family, this scientific and calculated young woman will have you up on your feet, cheering with joy.

The only film with subtitles and spoken in French, Shepherdess is the most stylistic of the shorts and the one that makes great use of its production value and mature, seasoned actors. Set in a rural town, inhabited by farmers, men, a little girl and a priest, the film is a rambunctious short chronicling the day of Marie (Julia Lalonde). Giving her a glimpse of life and death and the social, religious and gender issues that inhabit the small town, the short is the best acted film of the selected six. Soaking up controversial images of young deliquesces, child abuse, questionable religious reasoning and the most powerful closing scene, the film is one of great maturity and craftsmanship. Shepherdess may be the longest of the featured shorts running at just over seventeen minutes, but the film could easily be one with the longest lasting impression for audience members with a wonderful performance by its lead actor Julia Lalonde. 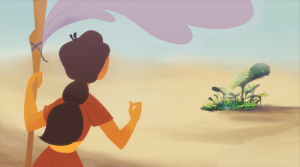 Making fantastic use of music, animation and thrills, Solace could easily be one of my favs at this year’s Toronto Youth Shorts. Playful, innocent and seeing the world in a peaceful and friendly way in only a minute, the short animated film is a quaint relief of happiness and joyful bliss for movie-goers. Colourful and magical, Solace brought serenity to my cinematic appetite and a big fat smile to my face.

The selected six films mentioned above seem to deal with both very delicate yet powerful issues, always coming back to the theme of family. If one thing is for sure, its that all the films being screened at this year’s festival will surely have a very personal portrait of its filmmakers, ready to raise questions and discover new insights towards the bonds that bind us together as a curious and hungry film community.

Like so many of the films featured in previous years, this year’s selection of short films is sure to bring fascinating portraits of culture, urban living, media, and the issues within the cultural diaspora, all from a truly youthful perspective, making it one of the many reasons why this year’s selection of films may very well be the best, and a weekend we cannot wait to begin.

If you haven’t already gotten your tickets for the fest, be sure to find the time to indulge in the best Toronto has to offer this weekend. 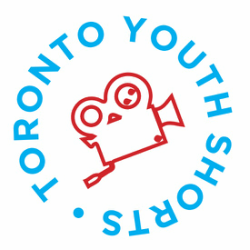