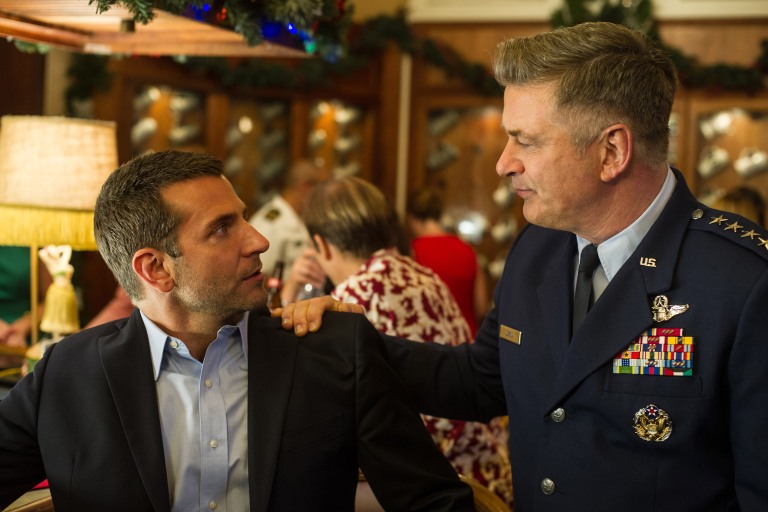 Aloha is a film that doesn’t quite know if it’s coming or going. This is fitting as the title itself is the literal translation in Hawaiian for greeting or parting with someone, in this instance, someone you never care to meet ever again.

The newest film from Cameron Crowe, a filmmaker that has been riding the wave of the mid-ninties and early two-thousands with films like Jerry Maguire and Almost Famous with occasional emotional glimpses of talent (mostly in Vanilla Sky and We Bought A Zoo), never really clicks. Lacking any sort of obvious purpose or overall foundation and filled with characters who know less than what we know about them, the film confuses beyond belief right from its first frames. Characters, along with the film itself, are covered and soaked in convoluted, not artistic, ambiguity. If you don’t believe me, just watch these first gruelling eight minutes.

See what I mean?

The opening, characterized by an uninspiring and unnecessary voice-over with protagonist Brian Gilcrest (Bradley Cooper) telling a backstory that could be just about any human on the planet and a mission of blessing a pedestrian gate, automatically sends the film to the direction of complete absurdity. Thankfully, the one thing Mr. Crowe does well is making this film, along with each of its characters, magnetized to its lead – Brian Gilcrest – a role Cooper will surely NOT get his fourth Oscar nomination in a row for.

These characters include Bradley Cooper’s Brian Gilcrest, a contractor who was a military man and began working for corporate billionaires; Bill Murray’s Carson Welch, one of Gilcrest’s previous employers and a huge billionaire in search of owning the sky with satellites; Rachel McAdams’ Tracy Woodside, an ex to Gilcrest and a civilian in charge of dealing with recently departed soldiers; John Krasinski’s Woody Woodside (I swear that’s his name), a husband to Tracy and a pilot who doesn’t speak to his wife for reasons unknown, and of course, Emma Stone’s Allison Ng, an F-22 fighter-pilot who is tasked with being Gilcrest’s watchdog/chaperone again for reasons unknown. 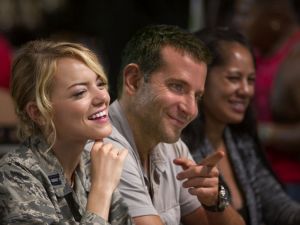 Sadly, Crowe, who directed, wrote, and produced Aloha, is very close to kissing a credible career as a filmmaker goodbye. Introducing the audience to too many characters at once, using a mix bag of filming technique such as long takes that never really connect with audiences, and adding a ridiculous amount of not-so-subtle analogies and Hawaiian mythology, Crowe will be ranting, raving, and begging audience members to come see his newest film and show him the money, especially with such a large $37 million dollar budget.

One of the biggest mysteries of the film, aside from its obsession to the Hawaiian supernatural, is how it was able to conjure up such an impressive ensemble cast. I mean, did anyone even read the script or were they just enamoured to work with Crowe despite his ability to score with audiences quite a long time ago?

Crowe, who began his artistic career as the youngest ever contributor to Rolling Stone magazine, always manages to connect with audience, if not visually, then sonically, through a trained ear accompanied by fantastic soundtracks and scores. After all, his most beloved pet project Almost Famous features one of the most commercially successful soundtracks in cinematic history. This time around, Aloha features an onslaught of Hawaiian sounds, composed by his recent frequent collaborator Jonsi, who not only add no dimension to the film’s aura, but seem just as boring as elevator music you’d expect in the tropical locale.

Many people won’t even bother seeing Aloha this weekend on the big screen, as I also don’t expect the film to get much bigger of a following on VOD or on-demand. Many of the few souls that do watch the film may find that Emma Stone’s character Allison holds most of the film’s heart and soul. I strongly disagree as Stone provides the film with the majority of its forceful island wisdom and supernatural irrelevance. Though, I do strongly believe that the actress, especially after her exceptionally convincing performance in Birman has a bright and promising future as a defining movie star. Sadly, it just really isn’t seen here.

Cooper may very well be the best part of Aloha as well as the tall, dark, and silent Krasinski, who doesn’t do much but strut his stuff and act all mysteriously enigmatic. Cooper seems to be having the most fun with his tormented, soul-selling character, even if we don’t know why he is selling it, or to who. If there is one thing that Aloha does well, it is that it makes everything and anything about the life of Brian Gilcrest. Sadly, the love triangle between Gilcrest, Woodside, and Ng isn’t anything more than a bumbling disaster of regrets, would haves, should haves, and surprising narrative twists. Relationships, attractions, and love stories created completely from thin air without any merit or reason is also one of the main reasons why Aloha never gets a warm welcome. Characters instantly regretting past decisions then moving on with their lives with others is one of the most inconsistent and confusing elements of the film’s dying heart.

The unfortunate thing is that Cameron Crowe is a fantastic screenwriter and is responsible for so many defining popular culture moments in his expansive and proud filmography (think, “You had me at Hello” and “Show me the money”). Ironically enough, some of the best scenes in Aloha revolve around the silence and lack of dialogue between its characters. Scenes involving revelatory truths between the two men in Tracy’s life are mostly comprehendible with the help of only facial expressions and subtitles (even though both men speak English fluently), adding a very unexpected and small charm to the film just a little too late.

Similar to The Way Way Back, a film whose concept stemmed from a simple concept and was developed by filmmakers due to the idea of showing a single scene, Aloha may very well be slightly redeemed through what could be called the dues-ex-machia scene. The final scene of the film achieves in just under three minutes what the narrative as a whole was trying to accomplish through the entirety of its runtime; exercising the very signature talent of Crowe and his ability to connect characters, facilitate fantastic scenes of extreme emotions, and most of all create empathy for tormented and unredeemable characters. The final frames of Aloha may not have had us at hello, but they sure as heck show us the goods and what Crowe is capable of doing well.

Night Film Reviews: 4 Out of 10 Stars

Are you going to be saying goodbye or hello to Aloha this weekend? Is the film’s star-power enough to get you into theatres this weekend? Crowe’s worst or best? Leave your comments, thoughts and words below. Don’t give us the silent treatment.