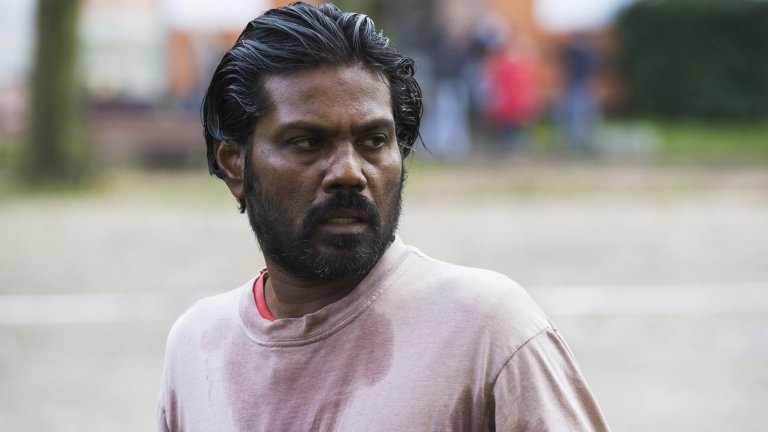 Toronto–One of the many advantages to watching films being premiered at film festivals is hearing a little bit of back story and reasoning as to how and why they are made. At the North American premiere of this year’s Palme D’Or winner Dheepan, held in the elegant Elgin Theatre in the heart of Toronto, acclaimed writer/director Jacques Audiard told the audience, “I wanted to make a film that would allow you to never look at those guys selling you roses at your dinner tables again”. Perhaps one of the best moments for the film altogether, Dheepan is one story that will surely change your perception of those gentlemen forever; however not necessarily in the most realistic or believable ways.

The Palme D’Or is one of the most prestigious accolades any film could be awarded in the industry. From the dramatic three hour epic Winter Sleep last year, to Pulp Fiction, Taxi Driver, The Piano, The Pianist, Amour, The Tree of Life, and finally one of my all time favs Blue Is The Warmest Color, the golden palm is one award that always makes for good debates among film enthusiasts. For the most part, the award has more misses than hits with me, as opposed to the Academy’s Best Picture winner. Nevertheless, after Blue, I have been adamant to make it a priority to see the Cannes favourite on the big screen each and every year. This year, one of my favourite exported directors working today, Jacques Audiard’s newest film, Dheepan, was the latest to receive France’s film festival’s highest honour. Titled from it’s main character Dheepan (Jesuthasan Antonythasan), the film is to my disappointment as flat and emotionless as a frying pan.

Audiard, director and writer of some of my favourite recent French films Un Prophete and Rust and Bone, misses his mark here with a story of an ex-Tamil Tiger Dheepan, who flees Sri Lanka for France in search of refuge from the violence, poverty and discrimination, only to find violence, poverty and discrimination in the concrete jungle that is the tiny French city, Le Pré (the literal  translation of “the prairies”–a gigantic irony).

Writer/director Audiard tells a gripping story of one man’s struggle for justice as he builds a new life, free from the violence and rebellion of the place he once called home. What our main protagonist fails to realize however, is that although he may have been born into a world of chaos, he also played a crucial role in perpetuating and escalating that violence. Perhaps, this is one of the many issues plaguing Dheepan; a discredited account of rehabilitation and change due to an unfortunate inability to shake off inevitable fate.

As the opening scenes arise from the ashes of fallen civilians and soldiers in Sri Lanka, the film itself is less of a slice of life, revelatory tale of hope, or parable of violence used to inflict peace, and more of a fable towards discrediting peace–ultimately becoming a poorly constructed, Bollywood inspired and stylized James Bond rip-off. 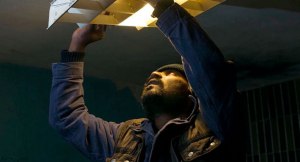 Overall, Dheepan is a poorly paced, slow-moving character study that doesn’t really develop any of its characters past their initial introduction to its audience. Dheepan is a violent man who is haunted by the actions of his bloody past; Yalini (Kalieaswari Srinivasan) is a woman who will do almost anything just to be reunited with her family in England; Illayaal (Claudine Vinasithamby) is a young orphan who just wants be loved, constantly searching for something real, happy and hopeful. By the time the end credits roll, the evolution of these characters is very unreliable as it leaves the audience questioning if there was really any evolution at all.

One theme that Audiard seemed eager to touch upon is the topic of migration. Relevant now perhaps more than ever, migration is a very strong and powerful issue taking centre stage in so many areas of the world–making it one of very high interest for artists and filmmakers everywhere. Audiard’s film couldn’t have come at a better time as Dheepan literally makes history as the first film in the Tamil language and lead by Tamil actors to win the Cannes Film Festival Palme D’Or. Unfortunately though, Dheepan is a film that doesn’t really speak my language or connect with its audience in a way that allows you to validate the actions of its main characters, whether they be acts of peace or violence.

Is Dheepan the undesputed Palme D’Or winner? Or is the film a poorly timed honour to one of France’s prolific and courageous directors working today? Fantastic migrate story? Or flat character study? Leave your thoughts and comments below!