Okay, I know what you all may be thinking, Dirty Grandpa, the newest comedy featuring Robert “Refusing To Take A Pay-Cut” De Niro is just another sad excuse of a comedy featuring a world-class veteran actor whose acting days are numbered and career is slowly fading? Actually, the fact of the matter is, Dirty Grandpa is a very funny, very over-the-top, very rambunctious comedy with nothing but entertainment value, laughs and some good old-fashioned Hollywood fun at the movies, poking redeem fun at itself following the heavy and highly melodramatic Oscar burdened December month.

I can think of so many other disappointing January films that I’ve seen in the past, that quickly make way onto my list of Worst Films of the year. Luckily for Dick Kelly (De Niro) and his lawyer loving grandson Jason Kelly (Zac Efron), the two won’t be making their way to that list. Filled with deadpan dirty talk, highly sexualize jokes, crude, rude and obnoxious taboo social references, Dirty Grandpa becomes one wild and dirty-minded fun filled trip to start off 2016.

Not that the film should be a reflection of the film caliber of 2016, but Dirty Grandpa never becomes a film that falls and cannot get back up. Instead, the first comedy of 2016 tells the similar story to Pixar’s Up; but instead of the adorable Carl Fredricksen taking a wild trip on his hot-air balloon, Dick Kelly decides that, after a fifteen years abstinence, and with the loving approval of his dying wife, the secret ex-Military man decides to trick his favourite grandson along for a ride to Daytona Beach to find some horny and foul-mouth twenty somethings in a pink Mini Cooper. Kind of the same thing, right?

What begins as a simple guys trip with golfing, dining and some male bonding, quickly turns into a wild weekend looking for answers for both men; sensory for Dick, and emotionally for Jason, who is unsure about his marriage to the all too perfect and tremendously overbearing Meredith Goldstein (Julianne Hough), who ultimately becomes the sexiest Bridezilla we have seen on film in a while.

Luckily for our unlikely duo, answers quickly come, in the form of Lenore (Aubrey Plaza); a wild mouth lascivious college girl looking to bone a senior for the sake of completing a life long list of hers; and Shadia (Zoey Deutch), a free-spirited, organic loving, tree-hugging hipster who is the complete opposite of Jason’s Meredith. With the girls off to Daytona Beach, Dick begs his grandson Jason to pursue them, knowing that Dick is surely going to be able fulfill his dreams of sleeping with a college student. Luckily for the audience, the wildly uncalled for sexual banter between the doe-eyed Plaza and De Niro is what we look forward to the most, making their dialogue the highlight of the film overall. I mean, how funny is it hearing De Niro shout out things like, “Party ’till your pregnant!”, or “I got news for you. That’s the only thing that’s going to be pulling out tonight.”(speaking about a pull-out couch).

While the trip to Daytona Beach is anything but smooth, the duo encounter a slew of college obstacles that get in the way of their overall goals of bedding the girls of their dreams; from wild crack smoking Macarena drug-induced trips, to chugging contests, to “Flex-Offs” against dim-witted college jocks Cody and Brah (Jake Picking and Michael Hudson), acting as the duo’s main nemesis throughout the film, Dirty Grandpa is one downright messy, and we love it. 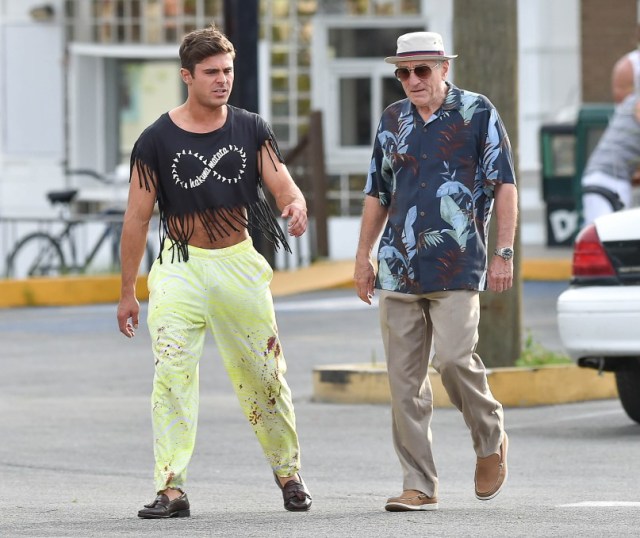 Director Dan Mazer, the man behind writing comedy classic Borat and of course the highly bloated sequel-ish Brüno shortly after, does a decent job of delivering the laughs with a cast that could carry any movie and its comedic material any day of the week. Luckily for Mazer, Dirty Grandpa won’t be a critical hit by any means, but commercially, with a mere $11.5 million dollar budget, the film will likely make a decent marginal profit for the director.

Its rude, its offensive and most of all, the social satire here is totally tasteless, although it is really funny seeing an elderly De Niro asking a group of black street thugs permission of using the derogatory ‘N’ word while singing Ice Cube’s “It Was A Good Day” in a Karaoke bar with his newly made ‘homies’.  Plus, when is a raunchy comedy not offensive? Obviously, if the film and its main sh*t disturbing protagonist isn’t raising a few eyebrows, something is wrong. 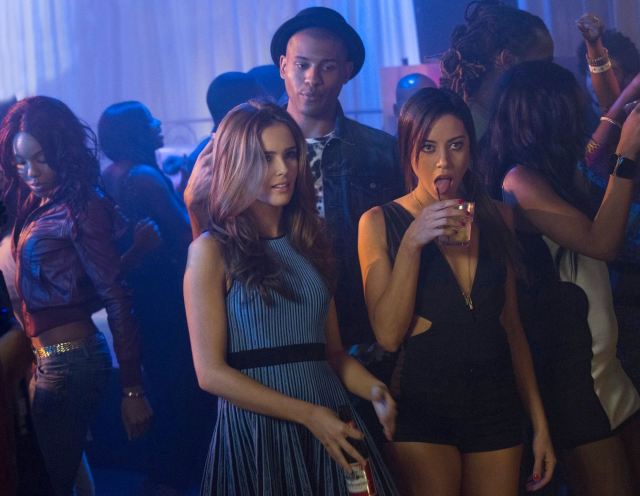 De Niro is Hollywood royalty and can basically do whatever he wants with little to almost no repercussions at this point in his career. So if Robert De Niro, a man who notorious for his contributions to film, The Tribeca Film Festival, New York City culture (including trendy NYC restaurants and hot-spots) wants to do a film where he wears and shows off his prosthetic penis on-screen, hey, Mark Wahlberg did it, why not De Niro? If De Niro wants to pose topless on theatrical posters with young and handsome up-and-coming movie stars on his back (and brag that he didn’t need help doing it) and wants to spend the majority of a 102 minute film with his main piece of dialogue being, “I want to f*ck f*ck f*ck f*ck f*ck!”, let the man do what he wants to do, because at the end of the day, how funny is it seeing De Niro scream out such profane things, and who would have thought they live the day to see it? Hollywood is such a wonderful place for veteran actors. I bet De Niro would never have thought this late in his career he’d have a young Aubrey Plaza twerking all up in him.

Amen to Hollywood retirement. Glad to see Dirty Grandpa acting as a testament to that wholly bizarre notion. You go De Niro, you go.

Ok, Did we really give Dirty Grandpa 7 Stars? We did. Wanna know why? We kinda love it! Did you have fun, share in the laughs with the rest of the crowd for an outrageous, wild and totally bonkers time at the movies with a fouled mouth De Niro? If not, leave your thoughts below. Just make sure to leave the profanity out the window.