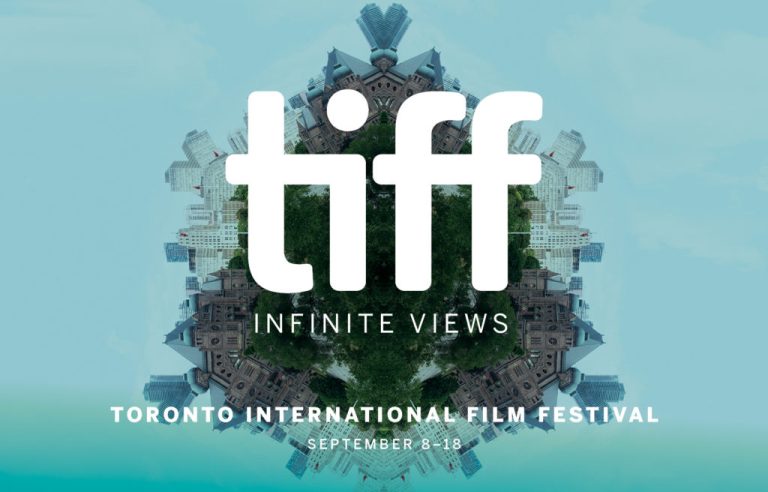 Here it is, it is once again time and amongst us again, the Toronto International Film Festival, or, more famously referred to as, TIFF. TIFF or TIFF16 if you are hash tagging anything this year, is the 41st Year of the Toronto International Film Festival, and we couldn’t be happier to share our third year covering the fest. This year more than every year, we are covering more films, have some big name interviews coming your way and have a ton of fun, exciting and new content for all our readers.

This year, thanks to the festival organizers and programmers, the selection of films range from big to small, indie to blockbuster, foreign to independent, and we couldn’t be more excited. Below, are some of the fun reviews you should be anticipating, as well as who’s lined up to get a very in-depth interview, in the most “Night Film Review” way possible. 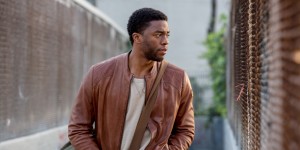 Message From the King. Directed by Fabrice Du Welz (Calvaire and Alléluia). Starring Chadwick Boseman, Teresa Palmer, Tom Felton, Alfred Molina, Luke Evans and Natalie Martinez. This retro-throwback revenge tale tells the story of Jacob King (Boseman), a South African man who dives into the deep and dark underworld of Los Angeles, to avenge the death of his sister.

Trespass Against Us. Directed by Adam Smith. Starring Michael Fassbender, Sean Harris, Brendan Gleeson, Rory Kinnear and Lyndsey Marshal. This rawer than raw story follows a family of followers (better know in North America as gypsies), who must face their greatest adversary; each other and the law, when push comes to shove, in this tale of hierarchy, blood and patriarchy.

The Oath. Directed by Balthasar Kormákur. Starring Balthasar Kormákur and Hera Hilmar. How far would you go to protect your child? Every parents worse nightmare is realized and visualize with the stylistic eye of Kormákur, who takes a break from Hollywood blockbusters to deliver this all-too-real film about the sacrifices parents make for the misguided choices of their children.

Denial. Director: Mick Jackson. Starring Rachel Weisz, Timothy Spall, Andrew Scott, Tom Wilkinson, Alex Jennings and Caren Pistorius. Back in the nineties, one man claimed that the Holocaust never happened. According to Deborah Lipstadt (Weisz, in an amazing turn), her studies and life’s work proves otherwise. In a length and exhausting battle of wits, history faces off against blaspheme, in this true story about the dedication and triumph of one woman.

Bleed For This. Director: Ben Younger. Starring Miles Teller, Aaron Eckhart, Katey Segal and Ciarán Hinds. Vinny Pazienza (Teller) also known as the Pazmanian devil, was a man who couldn’t take no for an answer. After holding the title in the lightweight, light middleweight and super middleweight, Paz suffered a severe spinal cord injury that risked his chances of ever walking again. But, despite all this, walking was a walk in the park, and what began was an amazing story of a man who, against all odds, couldn’t help but pursue his passion in the ring, made for one of the greatest comebacks in the history of sports, ever told.

Two Lovers and a Bear. Director: Kim Nguyen. Starring Tatiana Maslany, Dane DeHaan and Gordon Pinset. This off-beat romance film tells the story of two very fragile individuals who have decided to leave their messed up lives with others, and seclude themselves to only one another in the vast Canadian arctic. It is only there, in the freezing cold weather of Canada where they face their demons and conquer the chilling history of their pasts.

Una. Director: Benedict Andrews. Starring Ben Mendelsohn, Rooney Mara and Riz Ahmed. If there is one film that relies heavily on their performances this year at the festival, its this one right here. Taking heavy emotional ques from one another, Ben Mendelsohn and Rooney Mara deliver a heavy handed drama of a woman who searches for the man who raped her at the age of thirteen. Its dark, sombre, and highly depressing, yet we can’t wait for this one.

Never Ever. Director: Benoît Jacquot. Starring Julia Roy and Matheiu Amalric. Roy and Amalric star in this cinematic adaptation of the Don DeLillo novella The Body Artist. Truth be told, DeLillo is easily one of the most influential writers of our generation, so with that said, anything adapted for the screen from DeLillo should be a must watch. Hopefully, this story of depression, insanity and performance art does the novella justice. 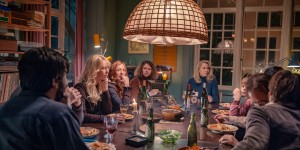 The Commune. Director Thomas Vinterberg. Starring Ulrich Thomsen, Fares Fares, Trine Dyrholm. This highly anticipated follow up to the Thomas Vinterberg cannon (The Hunt, Far From the Madding Crown and The Celebration) shows the highly popular notion of families creating communes with friends and other family within the Scandinavian population in the seventies. So when Erik and Anna (Thomsen and Dyrholm) decide to follow suit, each one takes a very expected and unexpected route after their fateful decision to do so, that will change their relationship and their families forever.

Colossal. Director: Nacho Vigalondo. Starring Anne Hathaway, Dan Stevens, Jason Sudeikis, Tim Blake Nelson and Austin Stowell. Nacho Vigalondo (Timecrimes and Open Windows) returns to the horror genre feature but this time, with a creature feature in Colossal. Anne Hathaway stars as Gloria, an reclusive party girl who can’t seem to get her life together, and finds herself moving to her abandoned parents home, truing to figure out the rest of her life. Alone, clueless and unaffected by the recent breakup of her amazing successful boyfriend Tim (Stevens), she slowly bonds with her childhood friend Oscar (Sudeikis), who offers her a job at his late father’s bar. While life starts to make sense again, Gloria soon finds herself in the centre of a strange coincidence; where a giant monster terrorizing Seoul, may have a direct connection with her.

The Bad Batch. Director: Ana Lily Amirpour. Starring Jason Momoa, Jim Carrey, Keanu Reeves, Suki Waterhouse, Giovani Ribisi and Diego Luna. In a futuristic dystopian world, Arlen must navigate herself through the harsh terrain of cannibals, murders and lunatics to find a way to survive and avenge her missing limbs.

And there we have it. What to look forward to this year with TIFF and Night Film Reviews. Stay Tuned!!