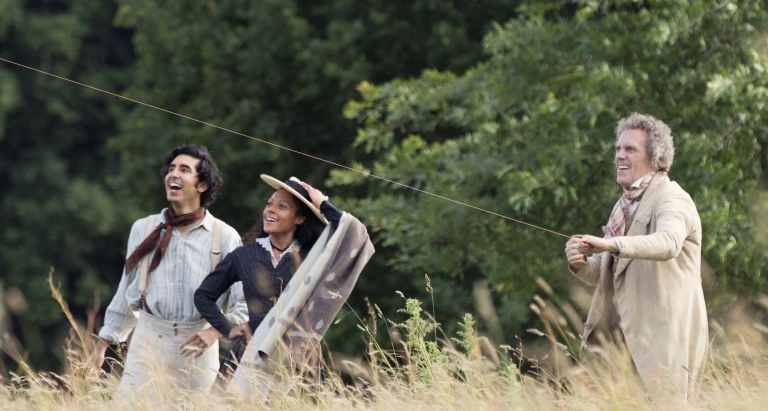 As I sat down at the World Premiere of The Personal History of David Copperfield, my first TIFF film ever, as well as my first premiere, one of the most important tools on my side, was honesty. Rearranging the policy of my cinematic ethics and morals, no matter how excited, nervous or ecstatic I was, being plunged into this world of wonder, art and amazement, honesty was my policy, no matter how my levels or adornment were managed. For a first time festival critic, I had many, preordained rituals I have gotten used to while reviewing films before festival season. For example; leading up to the screening, no trailer had been released. Trailers usually give me a compass, of sorts, to see where we are going, something I have become very accustomed to. As well, I had never read the classic Dickens novel in which the film is based on, and I have never watched an Armando Ianucci film, despite what my co-workers have advised me to see The Death of Stalin. As the lights dimmed, the actors came on stage with the curators as well as the cast and crew, I sat myself in my seat, soaked up all and everything about my first festival experience, and realized how unique this experience was going to be for me.

How right I was going to be, remains to be an irony in my life. Copperfield is set in the 1800’s, a period piece as it were. The film is immersive with it’s brilliantly curated cast. Ianucci conducts a film that feels, in no way, like an atypical revision of a Dickens text. On the contrary, the film feels wonderfully ripe with modernity. The Personal History of David Copperfield is a fantastical take on an old and cemented classic, without question.

The picture opens with Dev Patel (Slummdog Millionaire) standing on stage as he begins to narrate his life story. He dictates his birth all the while appearing in his birthplace peering over his infant self. It becomes quite clear early on in the picture that Ianucci crosses reality with pure fantasia throughout the film. Mixing in a blend of quirk and intrigue, the film works best thanks to its fantastical actors, including Patel, as the lead.

While Copperfield is a goldmine for Patel to shine, the film is also a stage for so many newer faces and established actors as well, including Daisy May Cooper, who plays David’s nanny Peggotty. May is a triumph of comedic brilliance. Adding to the whirlwind of talent in the film is Darren Boyd, who plays David’s mother’s lover, Mr.Murdstone, a stern and tough industrial wine factory owner. Taking chunks out of David’s fantastical imagination, ambitions as well as dreams and desires, the relationship between David and Mr. Murdstone takes David’s story to London. 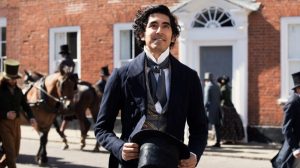 While, first and foremost, before anything, Copperfield is a very straightforward coming of age, character-driven fantasia character study, it’s also a journey of the highest order. Let’s just say that, the less you know going into the film, the more wondered and amazed you will be. Yes, David faces a slew of troubles and tribulations, feeling as if, the world is against our young protagonist and the roads to success seem impossible, but Copperfield is a stylist period piece take on the journey we are all taking together, and that’s life.

With its fair share of glimmers for hope, especially with characters like Peter Capaldi’s Mr. Micawber, Iannucci’s 1800s London is a bleak and grey world filled with constant sunshine and hope. The champion of this hope is none other played by the animated and lively Hugh Laurie. Laurie, who plays Mr. Dick, a misunderstood character with the film’s heart and soul.

While Iannucci’s main focus in Copperfield is the story telling technique, there are small hints of “Buster-Keaton-esque” beats, which allows the film to joyfully trot forward without many hiccups or complaints.

While Copperfield seemed like the “play thats a film” that I never thought I’d need, or think that I would see at TIFF, its claustrophobic style, tone and added to the illusion of madness, fantasy as well as reality and fiction. As a period piece, Copperfield is a winner in the wardrobe and set design categories, transporting audiences to a colour palette very different from a Pedro Almodovar film.

The Personal History of David Copperfield is a fresh, uproarious take on classic literature that teleports viewers back to the 1800’s, all the while manages to tell a classic story in a modern way. Copperfield may look and feel like a period piece, but it doesn’t possess the unconvincing theatricality of what a period piece usually represents, and in my books, that’s a huge win.

Leave your comments, remarks and thoughts about the film below!