Lucas’ life changed and was molded for the world of cinema and the voice of criticism the moment the end credits rolled on Christopher Nolan’s breakout 2000 film Memento. Since then, Lucas has been a successful Honours graduate from York University in the field of Film Criticism and Theory and has written for a wide range of online and print publications. While juggling two independent businesses, Lucas spends his free time watching movies, writing about movies, and talking about movies. Never deterring from his lifelong goal, Lucas founded Night Film Reviews in 2013 and hopes to make the site a successful source of reliable film criticism, all-the-while dipping his toes in the world of cinema as a screenwriter, and feverishly undeniable cinephile. 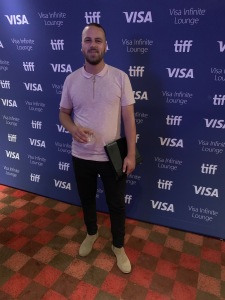 It was the exact moment when Henry Hill shut the trunk on the recently deceased Billy Batts, that Riyan Bajric realized he wanted to be involved in cinema forever. Riyan started out writing short films at the age of ten, then tried his hand at short film festivals by the age of fourteen. He proudly lives and breathes cinema with a particular interest in classic domestic and foreign films. Riyan is a cinephile in the purest form, one who has not attended film school but will talk film theory until the sun comes up. While working a full-time job and training for a career in auto repair, Riyan watches films feverishly through the night. He is also currently writing and producing his own film which he hopes to produce in 2019. Riyan is extremely excited to be a part of the Night Film Reviews team and offers his unique and eclectic perspective on the finest new film production the industry has to offer.

Not to be confused with Sir Charles Bine Renshaw, the 1st Scottish Baronet, Charles Renshaw holds an Honours Bachelor of Arts and a Bachelor of Education from the University of Toronto as well as an Ontario College Graduate Certificate in Radio Broadcasting from Humber College in Toronto. Charles’ love for film is rooted in his use of film as an escape. “I’ll never be a cop, rob a bank or fight with someone on the roof of a train,” he says, “film allows me to do all those things while sitting on the couch in my underwear.” He hopes that films will continue to fuel the imaginations of youth today so they can provide quality entertainment tomorrow. In addition to watching movies in his underwear, his favourite pastime is also editing in his underwear, while in the comfort of his own home of course.