“Say not the struggle nought availeth, the labour and the wounds are vain, the enemy faints not, nor faileth, and as things have been they remain.”

END_OF_DOCUMENT_TOKEN_TO_BE_REPLACED 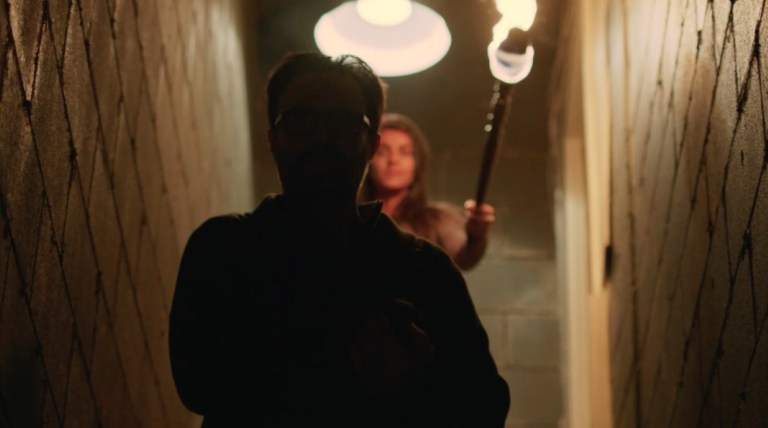 The relationship between authors and their subjects has been very familiar territory for the horror genre. With classic horror films like The Shining and Misery, as well as contemporary horror favourites like 1408 and Sinister, True Fiction dabbles with the idea of controlled experiment in fear being the basis for murder, chaos and mayhem. END_OF_DOCUMENT_TOKEN_TO_BE_REPLACED

Trigger Warning: At one point, Daniel butchers a pig. The scene is absolutely necessary to the story, but it might prove a little too graphic for casual viewers.

In the culinary world, the expression “nose to tail” is a philosophy of cooking that meticulously uses every possible part of an animal, minimizing potential waste of the carcass. When it comes to eating, “nose to tail” is used to describe consumers who scoff every part of a dish so nothing is wasted. When it comes to Jesse Zigelstein’s main character Daniel in his feature film debut Nose To Tail, its pretty safe to say that, Daniel (Aaron Abrams) leaves no one person unscathed after devouring each in every scene and each and every one person’s ego, including his own, in Zigelstein’s sizzling debut.  END_OF_DOCUMENT_TOKEN_TO_BE_REPLACED

Uncut Gems, a modern-day Roman Tragedy, situated in the fluorescent back rooms and the front showrooms of New York City’s shopping underbelly, is the latest film from the Safdie Brothers. If you have no idea who the Safdie brothers are, they are two (actual) brothers who gained profuse acclaim after shocking audiences with the 2017 crime-drama Good Time starring Robert Pattinson. Not only can Pattinson thank the Safdie’s for landing the coveted role of Bruce Wayne with the film, as well as allowing that film to shed his Edward Cullen/Twilight teen image, but the film was also an obtrusive reminder to the world that these brothers are not playing around when it comes to neon lit storytelling. Their documentary style type filmmaking along with their abrasive, headache induing filming style allows for their low-budget pictures to glisten, no matter how bad their VFX may be. The Safdie’s are a clear and present reminder that, with the right story, passion is always reflective. With their latest film, Uncut Gems, its not secret, and reflects here.  END_OF_DOCUMENT_TOKEN_TO_BE_REPLACED

The sound of trees, the sound of distant traffic, the sound of coffee dripping into a pot, Darius Marder’s directorial debut Sound of Metal is a study on the sounds of humanity, beauty and growth. END_OF_DOCUMENT_TOKEN_TO_BE_REPLACED